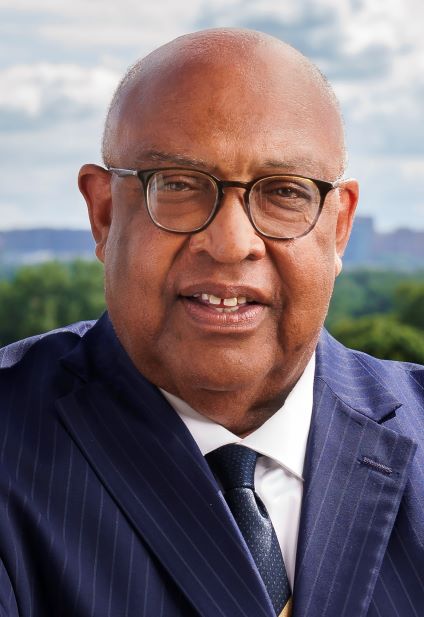 Fred Redmond is rightly revered as the leader who everybody in the labor movement knows as the "go-to" guy. Whether it's for CBTU, or the Steelworkers, or APRI, or workers in Liberia, Columbia or California, Fred Redmond always comes through. So tomorrow, March 31, Fred will officially retire from the United Steelworkers, leaving a remarkable legacy that saw the son of a local union leader rise from shop steward to international vice president of the Steelworkers. Congrats, Fred!

Over his nearly 50 years with the Steelworkers, Fred became one of the most renowned negotiators in organized labor. Most recently, he served as chief negotiator for 10,000 USW shipbuilders in Newport News, VA. On March 7, USW Local 8888, the largest local union in the Steelworkers, ratified a landmark contract that included $20,000 per member in new money, a first-ever Essential Pay Bonus, a first[1]time Domestic Partner benefit.

Beyond the bargaining table, Fred mentored a new generation of Black staff members who are playing key roles at the national and local level for the Steelworkers. He embraced his role of using his position to open doors for younger, talented, committed Black staff.

Fred Redmond became the Steelworkers' International President (Human Affairs) on March 1, 2006. In 2009, Fred became a member of CBTU's executive council, and he also serves as the Region 6 Representative. His voice has been influential throughout CBTU from Day 1. And we are so blessed that Fred will continue in his leadership role with CBTU. He will also continue to serve as secretary treasurer of the AFL-CIO, along with Liz Shuler, AFL-CI0 President. Fred is the first African American to hold the second-highest office.

The entire CBTU family -- from President Melvin to the executive council, staff, and members across the country -- wishes our dear brother, Fred Redmond, all the best. Your legacy is secure as you write the next chapter of your amazing career