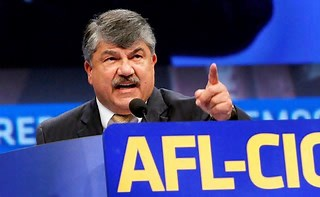 We are shocked and deeply saddened to have learned today of the passing of Richard Trumka, President of the AFL-CIO.  The 50 years of service to the Labor Movement, there was no one more tenacious in fighting for what he believed in; improving the lives of working people.

CBTU honors and sends it deepest condolences to his family, his union family, everyone at the AFL-CIO, and his many friends and admirers.